NSFW    It was possibly the last crazy game between Michigan-Notre Dame we’ll see in the Big House for quite some time, but the 17-ranked Wolverines came out on top 41-30 against the 14-ranked Irish on Saturday night in Ann Arbor.

Devin Gardner gave up his No. 12 jersey and instead was rocking No. 98, which was the number of former Michigan Heisman winner Tom Harmon retired 70 years ago. Gardner racked up 294 yards passing, 82 yards on the ground and had five total touchdowns.

Saturday was the last time the Wolverines and the Irish are scheduled to play each other. It may be at least a decade before the two football giants face each other again.
After Gardner took the last snap, the “Chicken Dance” played over the stadium loudspeakers, while the NCAA-record crowd of 115,109 cheered.

Michigan head coach Brady Hoke said the Irish were “chickening out” of the serious four months ago at a luncheon. The Irish opted out of their contract with the Wolverines and made next year’s game at Notre Dame the last. The rivalry between the Irish and the Wolverines goes back to 1887.

Gardner was having a great game until early in the fourth quarter when he coughed up the ball and gave away a touchdown while trying to avoid a safety. The Irish were able to pull within a touchdown after Tuitt made the diving interception in the end zone. “I made a horrible decision,” Gardner said. “But the defense gave me a place to stand. They told me they believed in me and I finished it.”

The most awkward moment of the night definitely came when Eminem dropped by the booth at halftime and just stared at the camera for a really long time before rambling about his new album. What does Eminem have anything to do with college football? 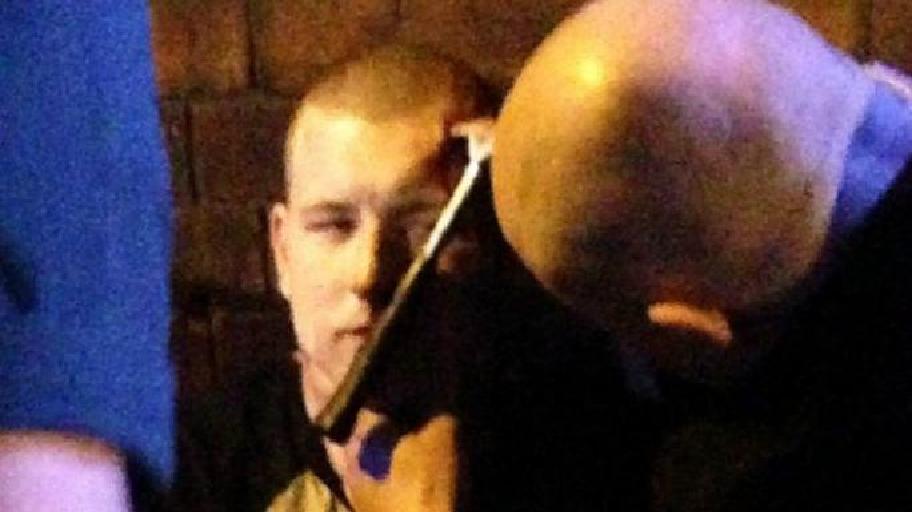